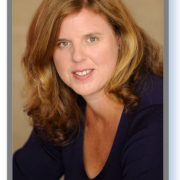 Katherine is a two time Olympic swimmer for Great Britain (1984 and 1988) under her former name (Annabelle Cripps) and was a two-time silver medalist at the Commonwealth Games. During her collegiate swimming career at the University of Texas she was named an All American 14 times, and swam on three NCAA championship teams.

In 2011, after living for decades with the pain and suffering from the tragic effects of coach-athlete sexual abuse, Ms. Starr founded the non-profit organization Safe4Athletes to help other athletes who have experienced the same destructive abuse of power in the coach-athlete relationship.  Safe4Athletes’ mission is to advocate for athletes that have been abused, bullied or harassed by their more powerful coach or teammate.

Katherine has written several articles on the topic including “Breaking Down Sexual Abuse in Sports.” Since speaking out about abuse in sports, she has earned a reputation for her expertise and eloquence on the subject of coach athlete sexual abuse, and for her willingness to speak openly and candidly about the failed representations in educational material on sexual abuse in sports and how those materials fall short in properly addressing the truth of the issue in competitive sports.

As the traditional media and social media have focused more on the problem of coach-athlete sexual abuse, Ms. Starr has been able to reach a larger audience, including interviews and feature stories by NBC Sports Radio, the New York Times’ “Takeaway” , CBS Sports Radio, Take Part Five (PIVOT Channel), and Aljazeera America.

In addition to running Safe4Athletes, Ms. Starr has worked tirelessly in urging the national governing bodies of various sports to adopt stronger polices for all athletic clubs and programs, and has championed legislation to give athletes rights at all levels of sports.