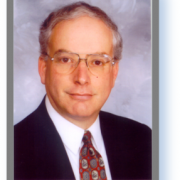 Douglas E. Abrams is a University of Missouri law professor, and recently retired from a 42-year career coaching youth hockey. He now speaks and writes law journal articles and newspaper editorials about player safety and the role of youth sports in America.

In addition to being a member of the MomsTEAM Institute Board of Directors, Prof. Abrams is a member of MomsTEAM.com’s Team of Experts, and writes a column for the MomsTEAM website called “Youth Sports Hero of the Month,” which profiles players, coaches and teams whose values and sportsmanship set a special example.

With royalties from his four books about family law and juvenile law, Prof. Abrams founded Happiness for Health, a permanent endowment providing toys, stuffed animals, games, and parties for patients at the University of Missouri Children’s Hospital.

Prof. Abrams is a past recipient of the Meritorious Service to the Children of America Award, presented by the National Council of Juvenile and Family Court Judges, and in 2011 received the Missouri Bar's Distinguished Service Award for longtime contributions to the administration of justice.

The Manchester (N.H.) Union Leader has called Prof. Abrams “one of the people who help serve as the conscience for anyone involved in youth sports” and recognized him as “a nationally known authority on youth sports.”